One of West Vancouver’s top homes and severely under assessed again. This 22,500 square foot mansion sits on two title lots including a coach h1150 Eyremount Driveouse on the second title and a lit tennis court on the roof. The property is more like an estate with1331 Crestwell Road extraordinary city and ocean views. The owners, have been building their dream home for an astonishing 6 years now. Rumors have it that they have gone through numerous architects and builders; seemingly nobody is good enough. Without a doubt the owners are paying big penalties for over-stretching their project. Architect Karl Gustavson describes the home as a state of the art wonder modeled after a French Provincial Chateau. Regardless, the home is stunning with white limestone siding around the entire exterior frame; copper cupola’s, slate stone roofing and copper accents everywhere. A couple years ago construction stalled and remained stagnant for about a year. The home is still not complete but should be done sometime in 2009, assessments should yet rise a million or two. Donna Hynes Stephen Hynes

[#24] 4382 Ross Crescent
Assessed Value: $9,183,000 | Market Value: $12,000,000
Neighborhood: Caulfeild | BC Rank: #112 | Map It
Located on very desirable Ross Crescent, a level waterfront street with huge beachfront with 4382 Ross Crescent | Beach Housestunning views of Downtown Vancouver, Lions Gate Bridge, Burrard Inlet and Kitsilano. One feels like being far from the city, almost like having a luxury cottage that you get to live in all year round but really being only 10 minutes from the business district and city center. A4382 Ross Crescent | Beach House negative about this area is that there is deep water about 300 meters off-shore and Light House Park protects the waters, so this makes it perfect for large containerships to park overnight waiting for their turn to come. In the mean time you have to look at rusty ships with bright lights on all night. Not so good! This luxury home was built in 2006 by West Vancouver based North Eleven Developments, designed by the team at Rommel Design. Listed shortly after for only $8.5 million this home quickly sold a few weeks later for $8.3 million. While the property is only 50 feet wide, it does boast clear views and large open waterfront. The home itself is stunning, well designed in the traditional West Coast Craftsman style with a very West Vancouver color-pallete. The new owners could easily make over $2,000 per foot on their new lovely home in Caulfeild Cove. Not a huge house and not a huge lot, but a great area for a beautiful house – only if all were as nice as this one.

[#23] 2860 Bellevue Avenue
Assessed Value: $9,323,000 | Market Value: $16,000,000
Neighborhood: Altamont | BC Rank: #105 | Map It
This French inspired mansion is one of the best2860 Bellevue Avenue designed homes in West Vancouver both inside and out while, and its location is just right. While the lot is a standard 2860 Bellevue Avenuewaterfront lot, it still has a lot of privacy with lush gardens and wrought-iron gates guarding the home from too many prying eyes. Boasting total limestone siding, a complete zinc and copper roof that is gorgeous and wood panelling that2860 Bellevue Avenue is commonly not seen in homes under 10,000 square feet. Built in 2000 by one of Canada’s premier home builders; Kindred Construction teamed with top architects at Grant & Sinclair. They are involved in only the most exclusive projects and they do not take 4 months to build a home, more like 2 to 3 years. The result is always an authentic and extremely well built home. I am sure this home cost no less than $5 million to build and that’s not including the value of the land which is around $10 million today. I highly recommend adding this home to your architecture tour of West Vancouver – my personal favorite home in West Vancouver, it is a must see.

Currently under construction sits this new traditional-retro home with a serious mish-mashed design. Architects at Kaffka Design have their hands full with this one. Not exactly the home I would build on such a large waterfront property as this one, with an English styled red-brick chimney, fake stone facade more suitable on a French-Country home and Craftsman detailing – very strange indeed. Currently only around 10% of the value is in the home, so expect it to rise another $4 to $5 million by next year. In its current state, the property and home are worth around $12 million. It’s a nice area, private and offers great views, otherwise this is not one of those I’d recommend seeing.

[#21] 2626 Bellevue Avenue
Assessed Value: $9,433,000 | Market Value: $13,000,000
Neighborhood: Dundarave | BC Rank: #101 | Map It
Not much is known about this property except that 2626 Bellevue Avenueowners, the Cohen’s, registered their business, Bellavista Capital to this address. Designed by Russell Hollingsworth, this 5500 square foot home itself is quite spectacular, with stunning use of copper and nothing but concrete throughout. The modern waterfront home is located on the prestigious Bellevue Avenue in Dundarave, just steps from the Village with its trendy cafes and luxurious shops. The lot itself is mid-sized at around 60 feet of frontage and about 200 in length. The property was on the market for just under $10 million with trendy realtor Malcolm Hasman in 2006, which puts this mini-mansion at just over $1,800 per foot, but never sold. If on the market today, this one should fetch around $13 million. David Cohen Bellavista Capital Corporation Alberta Malcolm Hasman

[#20] 2890 Bellevue Avenue
Assessed Value: $9,460,000 | Market Value: $15,000,000
Neighborhood: Altamont | BC Rank: #99 | Map It
A rather unique waterfront home, built in the early 90’s. The home was one of those bleach-2890 Bellevue Avenuewhite ultra contemporary disasters. Purchased a few years later for a mere $4 million by local philanthropist investor Carolyn Cross. The home was then renovated into a Tuscan styled villa with stone siding throughout, with a slight contemportary touch remaining in the glass used inside the home to bring light in from the ocean. It still is not a terribly impressive home and quite dark at street level. Anything less than $10 million on the market would be considered land value only and my estimated market value of $15 million is probably overly generous. Bellevue Avenue is an improving street, but many old bungalows remain, bringing down values of the nicer homes.

Located in posh Altamont on a large oceanfront property with a sandy beach, this is a stunning ultra modern home. 2910 Park LaneDesigned by master architects at Grant & Sinclair and built by Calrudd Construction from 2005 and is now complete. This is one of the only modern homes you can find being built within this decade, and it looks like its coming2626 Bellevue Avenue back. But not like in the 80’s or 90’s where things were done cheaply, rather this time with some style, care and durability. While I personally do not like modern homes, I love diversity. Instead of a cookie-cutter block of homes, it’s refreshing to see alternatives. This block on Park Lane has been completely redone with new homes everywhere. Possibly the newest block of waterfront addresses in West Vancouver. A fine brand new residence for the CEO of a large tech company, which engineers solar technology to much of the world. Mossadiq Umedaly Xantrex Technology

[#18] 124 31st Street
Assessed Value: $10,075,000 | Market Value: $12,000,000
Neighborhood: Altamont | BC Rank: #78 | Map It
This large 7,000 square foot home is located on the cusp between Altamont and Westmount, two very posh communities which contains some of Canada’s most expensive homes; where 124 31st Streetsurrounding blocks have the highest concentration of CEO’s, President’s and high-rolling conglomerates. Views from this home are spectacular, with a direct view of Downtown, Lions Gate Bridge and Kitsilano. The home itself is quite large and recently rebuilt for the purpose of selling on the market. In May 2007 the property was sold for over $10 million, subsequently its assessed value this year shot up. While I do not think a renovated home has a lot of value on today’s sophisticated market, it is still a nice average house. It would have been more exciting to see something more innovative built instead, but both land and construction costs are high. All in all, it is a nice property but probably not worth its generous assessment.

New to our list this year is this lovely home in the heights of Nordic Estates high above the riff-2257 Nordic Driveraff of lower Nordic. Built by Whistler’s Khyber Development only a couple years ago with a fairly decent exterior design and excellent solar exposure sits this truly Whistleresque home perched on a very imposing bluff above Creekside Village. The property was listed back in November 2005 for a whopping $15 million 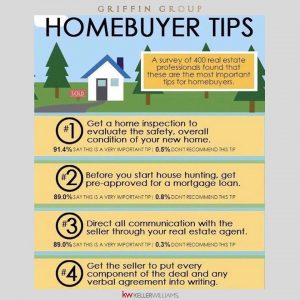